During the design process for houseboat Horn we paid keen attention to the surrounding views and the connection of segregated spaces. The clients were requested to have a both private and public spaces with strong links to the water for their two-storey houseboat located on the beautiful Vecht river in Weesp.
The waterside façade is comprised almost entirely out of glass, creating a translucent look, mirroring the effect of the river. On the shoreside, the façade is a mixture of glass and also timber cladding, which contributes to the horizontal accent of the houseboat.
The interior is defined by two core spaces on both ends – the living space on one end and the kitchen on the other. This separation gives a more spacious feel to the houseboat, and also adds a sense of individuality to both spaces.
The living space is characterised by a large stove with integrated shelves on the perimeter wall, and conversely, the kitchen units define the space by being positioned on the opposite perimeter wall, adding a sense of space to the kitchen.

Neatly positioned between the living space and kitchen lies the main feature of the houseboat. The clients wanted to have an outdoor space facing the water, but were also concerned about the safety for their young children. To resolve this issue, an outdoor terrace was placed inside the confines of the houseboat.
Large sliding glass doors allow seamless access to the deck, giving the feeling of being on the water, while still being protected by the bounding living space and kitchen on either side.
Due to the low permitted building height, windows were used on the end elevations to bring clearstory light deep into the sleeping spaces in the basement. The windows are concealed on one side under the kitchen units and on the other side under the integrated stove.

Previous
HOUSEBOAT DIJKSGRACHT
Next
BOOKSHOP PAAGMAN – CENTRE OF THE HAGUE 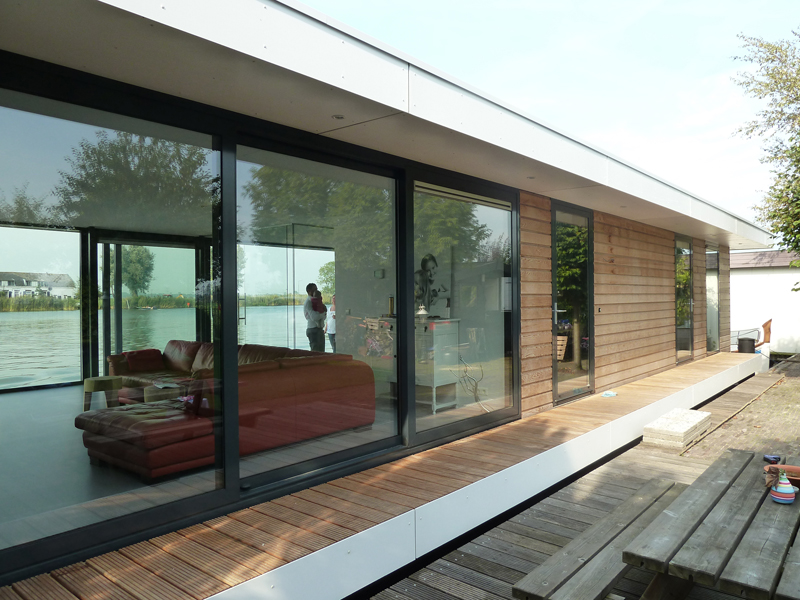 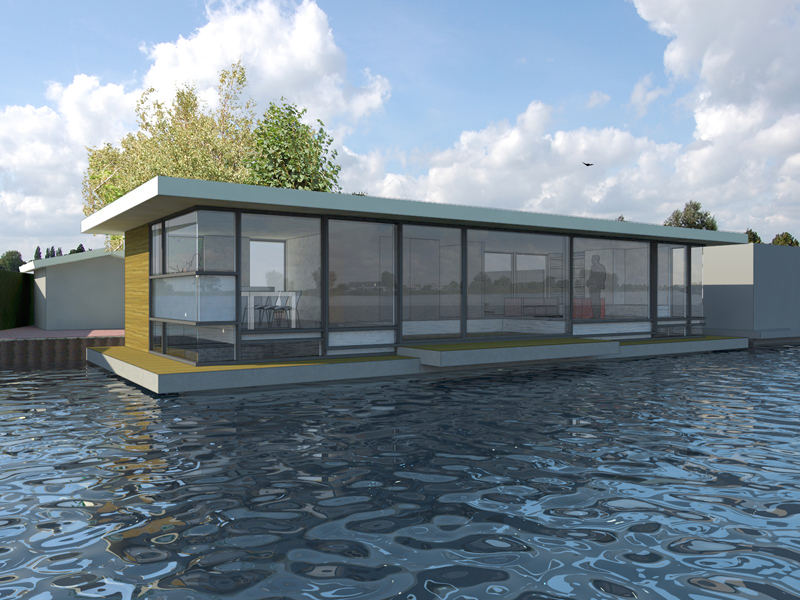 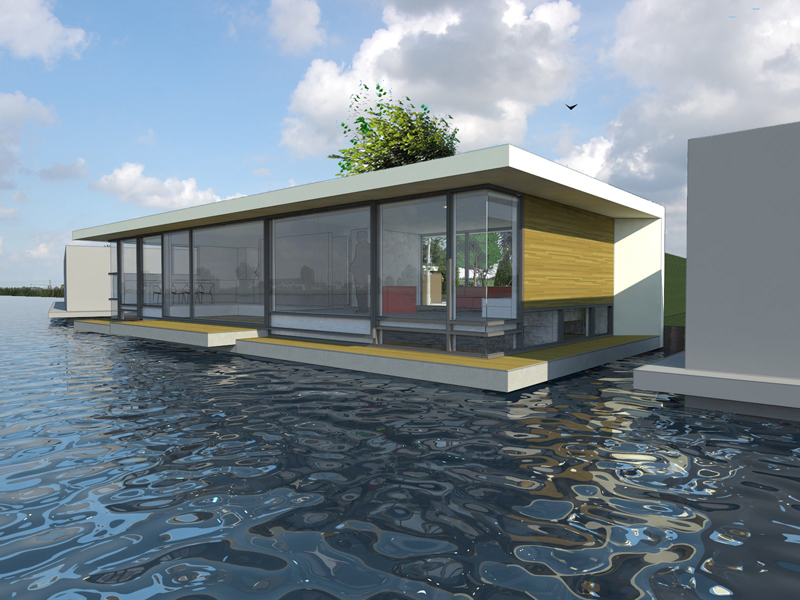