This watervilla was designed for two clients who both wanted an individual house for them selves. The houseboat has two levels, the upper level which has a frame around glides above the basement. The living area in both houses is situated at the ground floor, the bathrooms and sleeping rooms are in the basement.
A remarkable detail is the terrace been situated between both houses. The terrace does not only give access to the individual houses but is a clear answer to the strict regulations that are made for the Amstel quay area: the façade seen from the quay is regulated to a maximum of 60 m2. The void that appears could be excluded from the calculation which made it possible to extend the watervilla and to have a substantial amount of extra space in the basement.

The large windows at the waterside offer an unobstructed view from the living rooms onto the open water. The side of the quay is closed towards the streets area. The wooden gladding of western red cedar is assembled with in two different sizes. The horizontal placement of the gladding emphasizes the length of the watervilla.
Daylight in the basement enters through a fine detailed, 40 cm high, continuous stroke of windows just above the waterline. Due to this the top floor seems to float above the water. To underline this effect the upper level is framed by a black continuous roof and floor line.Above the terrace a gap has been made in the roof so the clients can enjoy the sunlight. 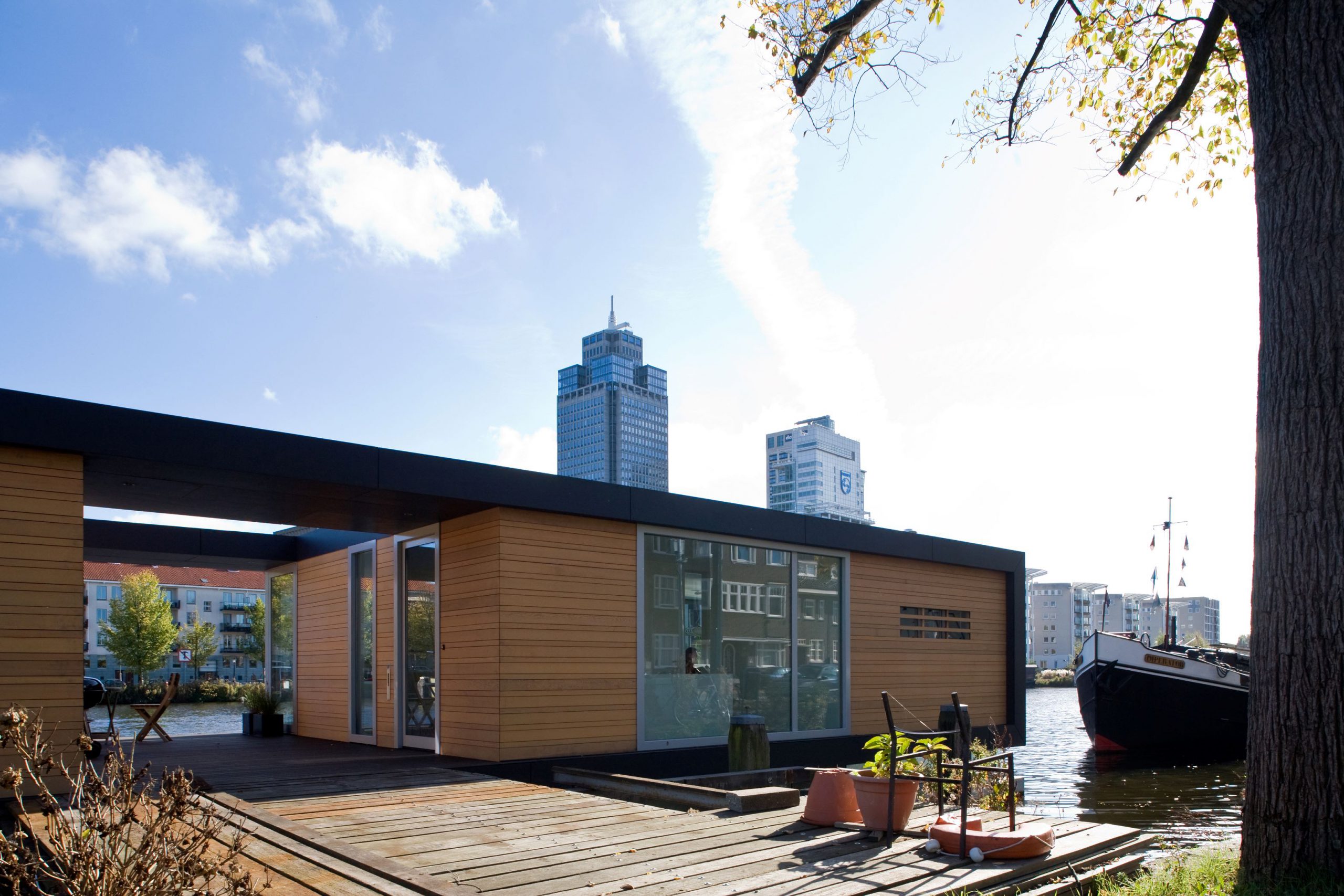 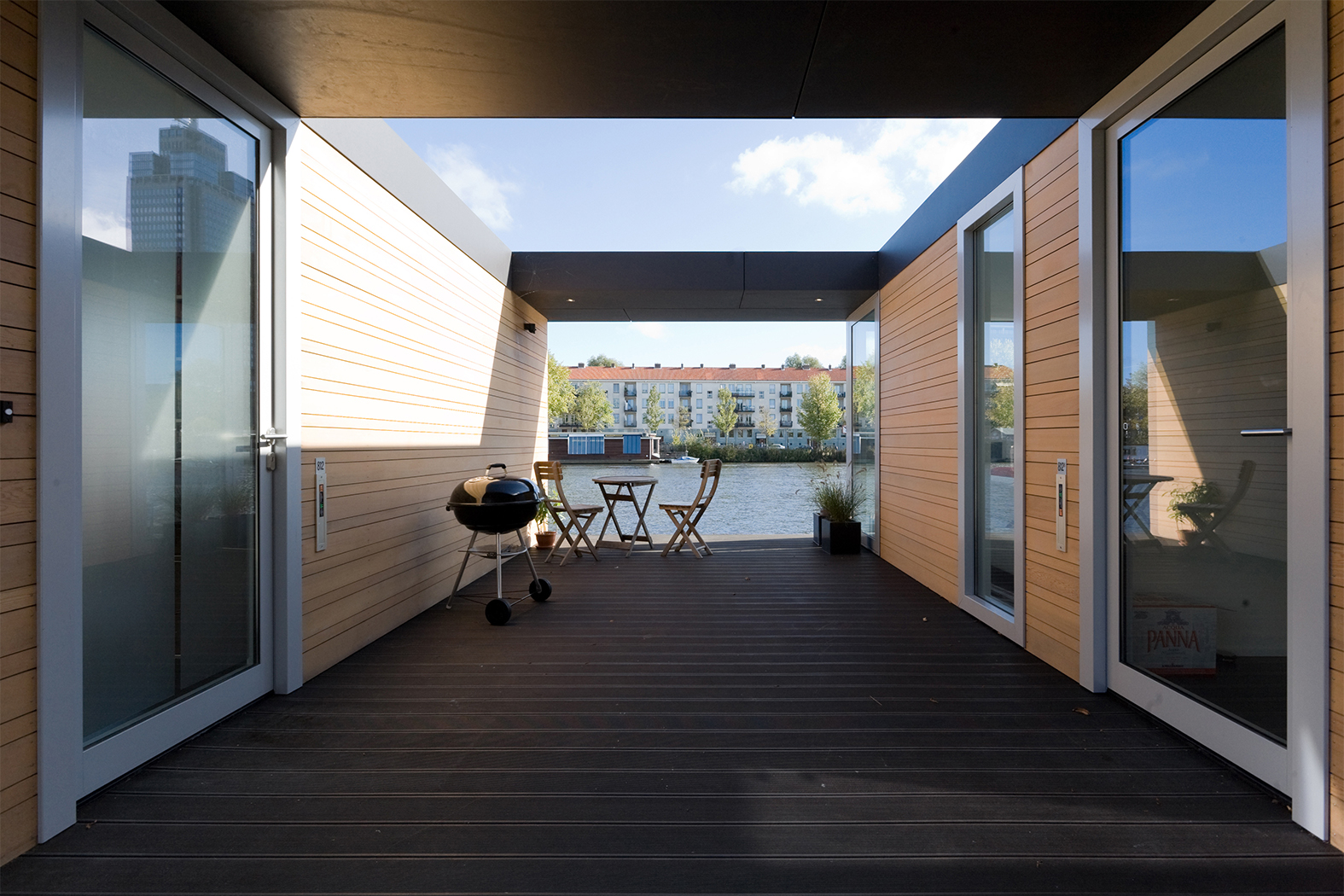 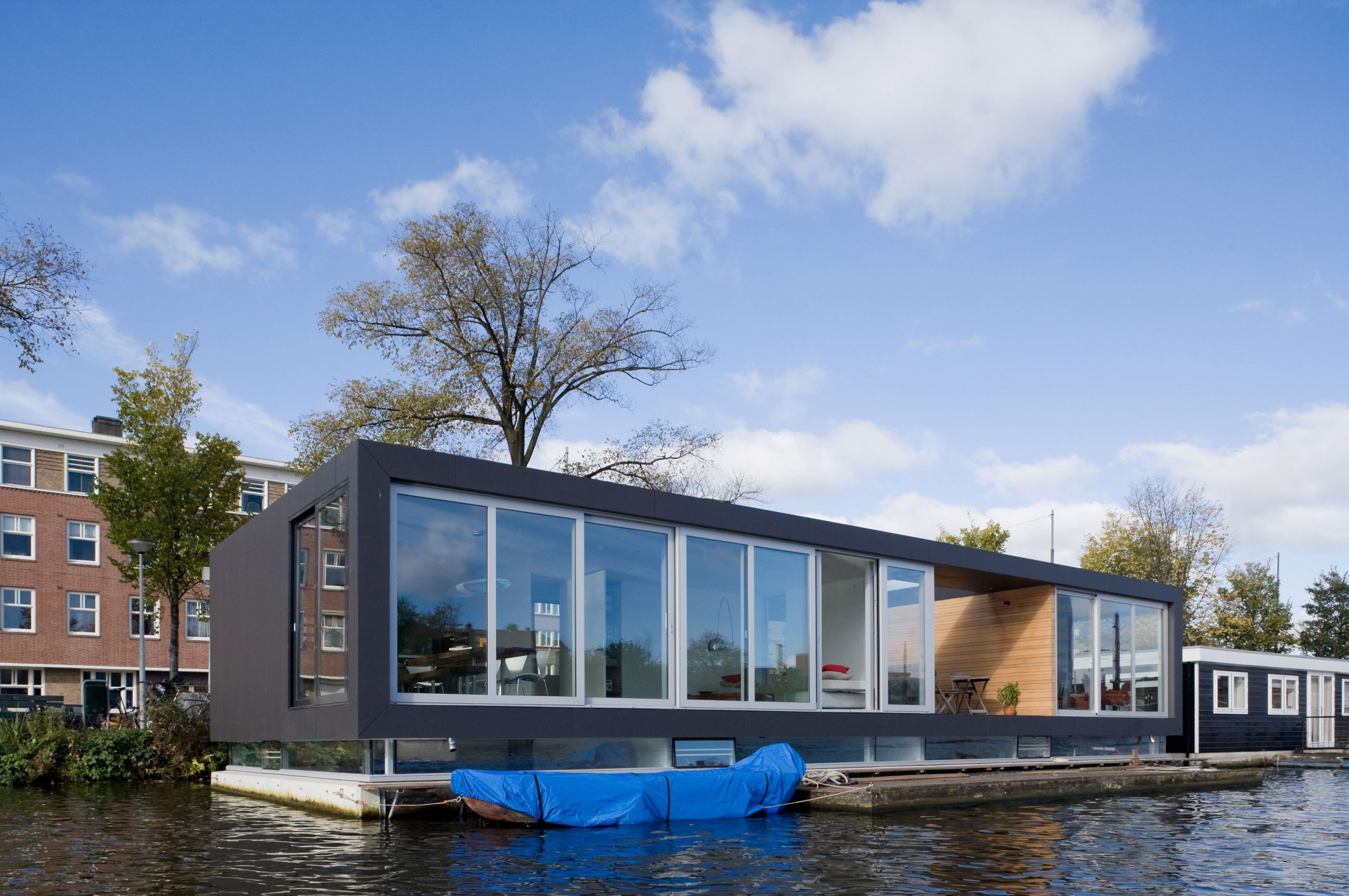 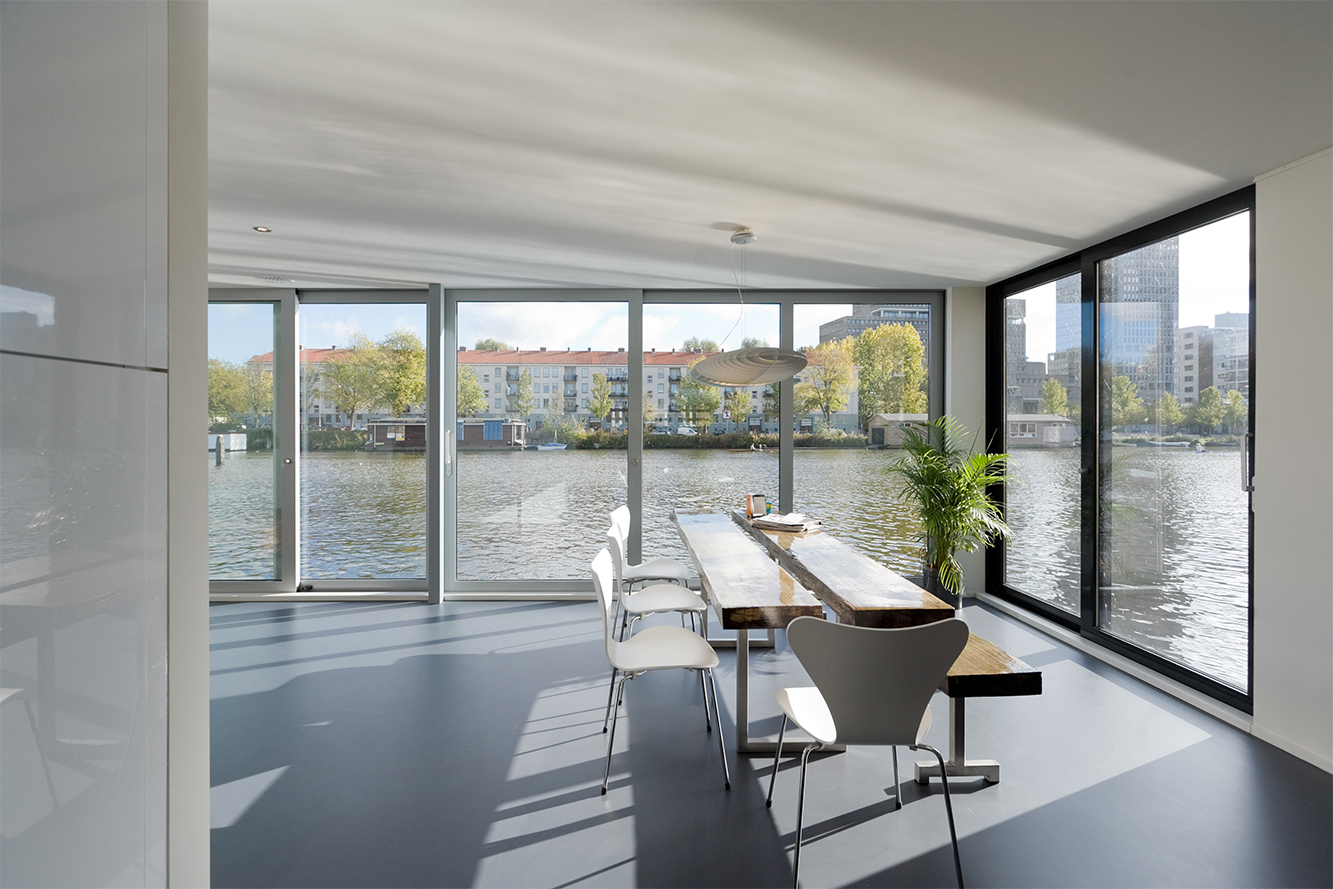 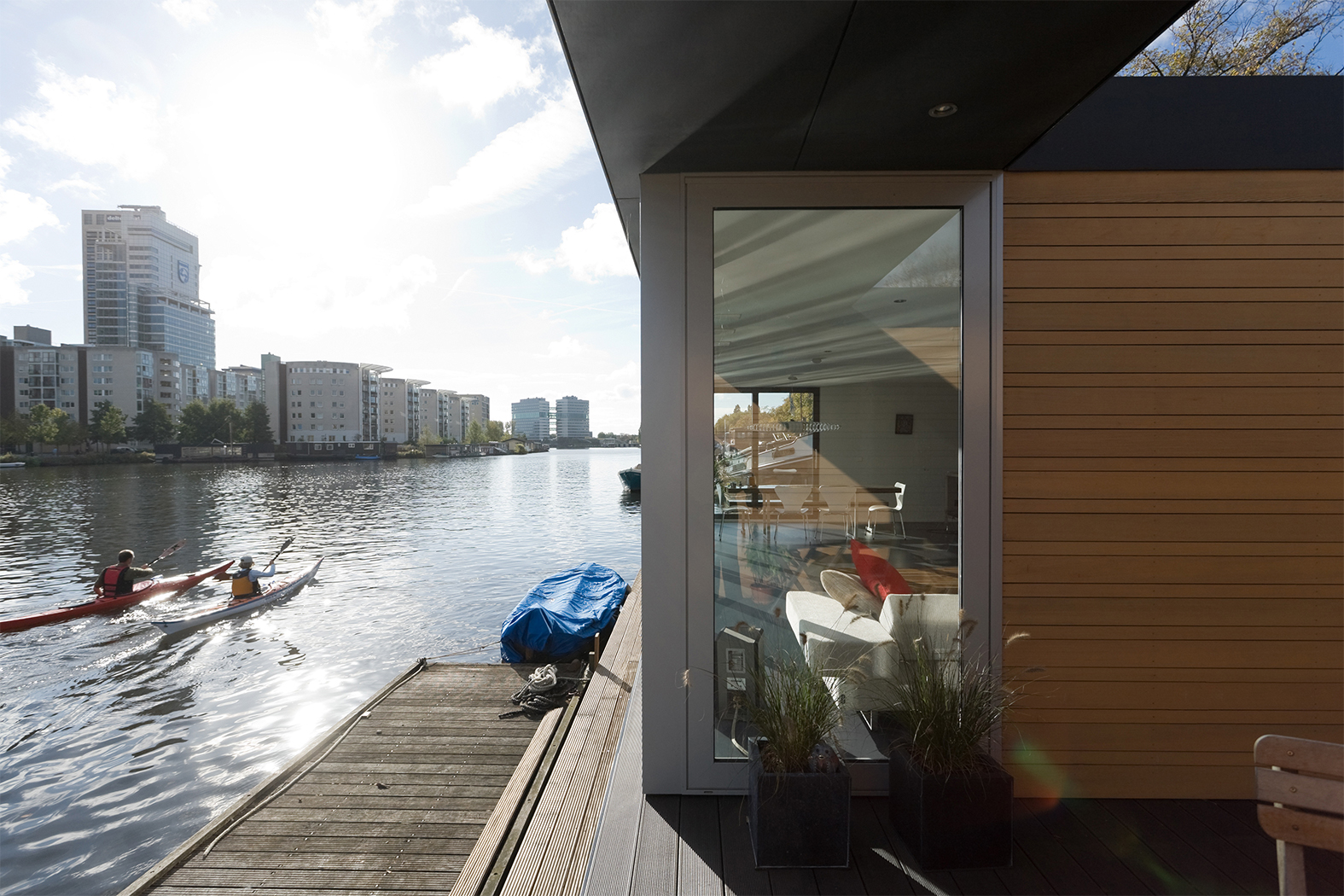 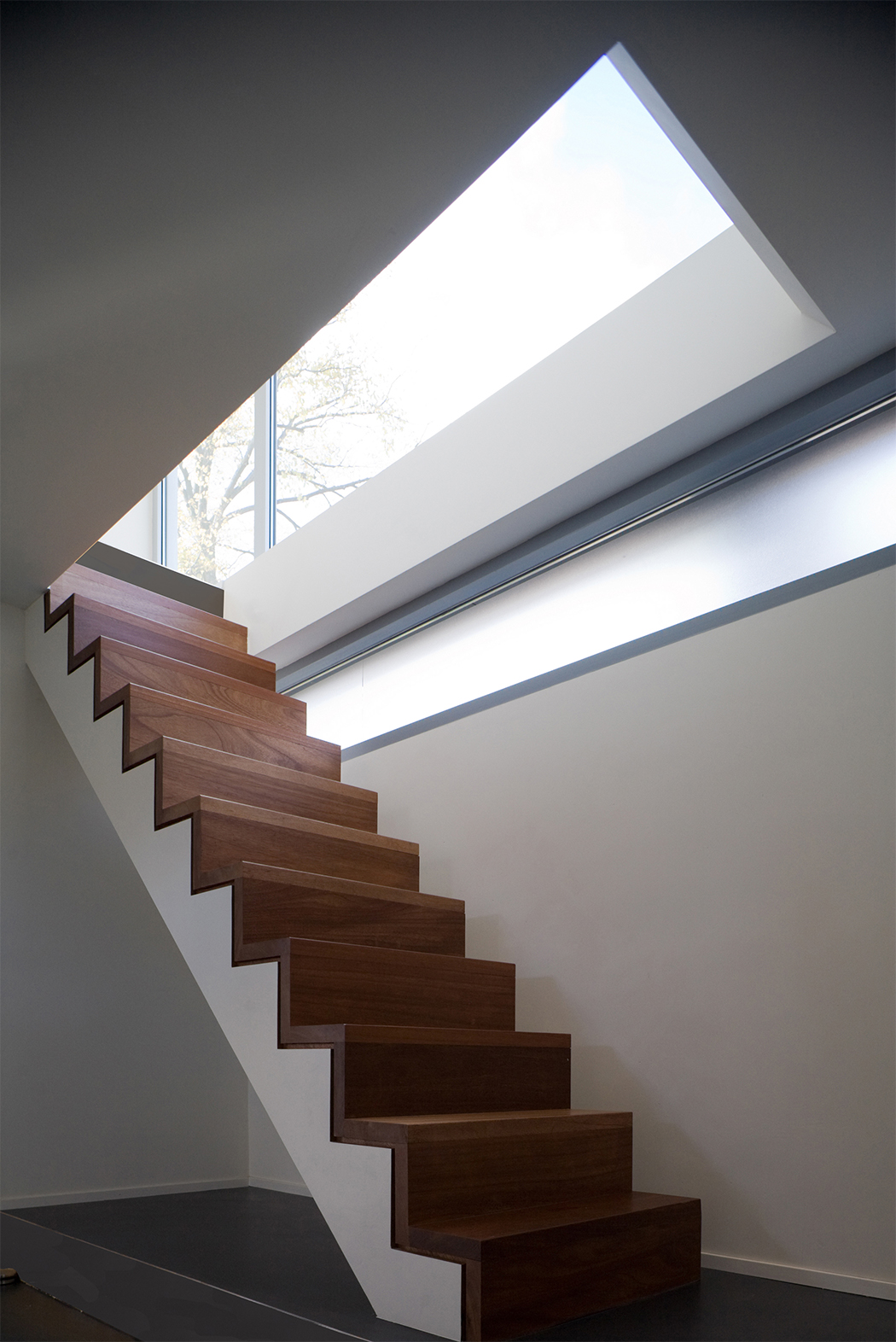 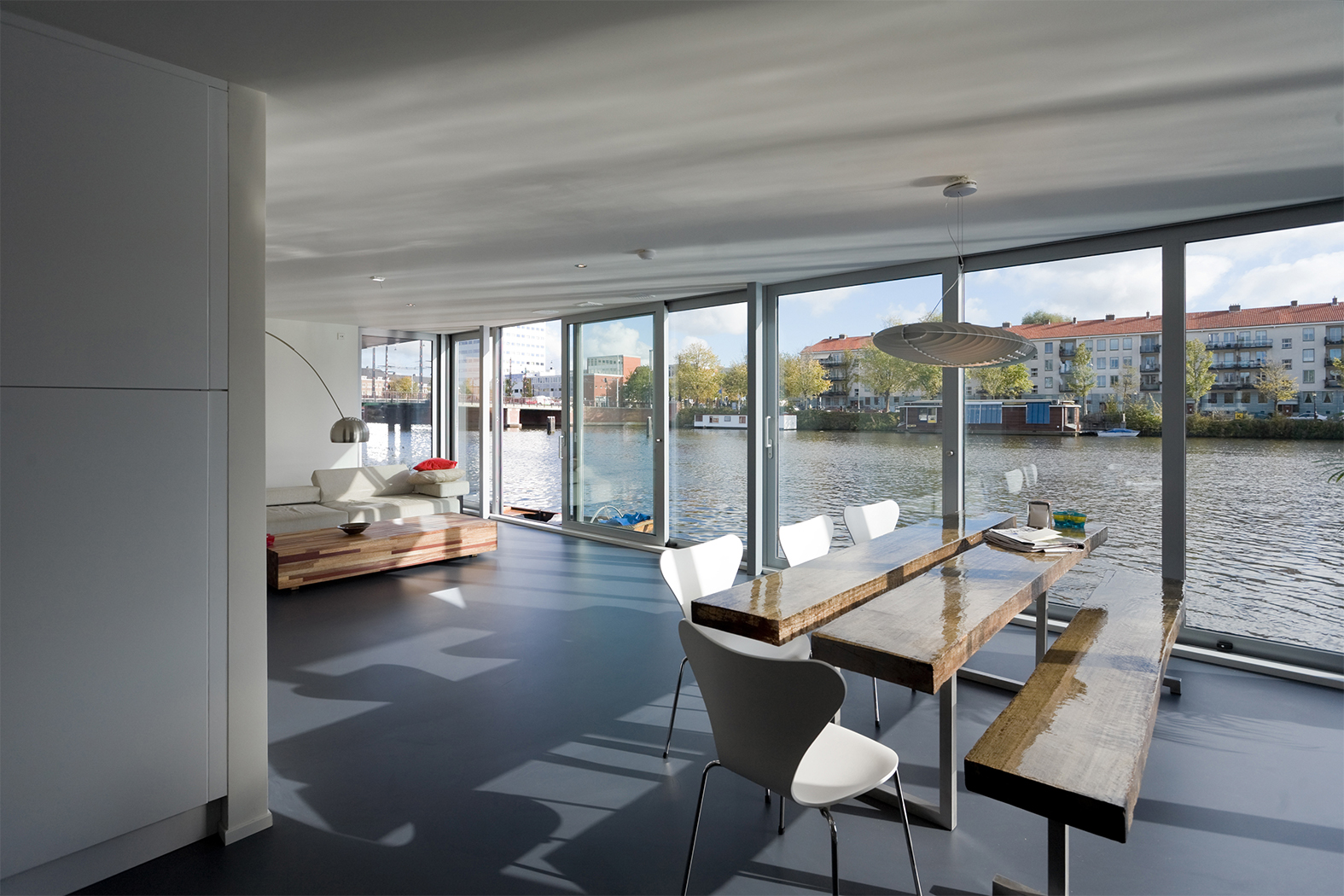